THIS WEEK ON CAMPUS: Meet The Winner Of Nightingale Speech Contest 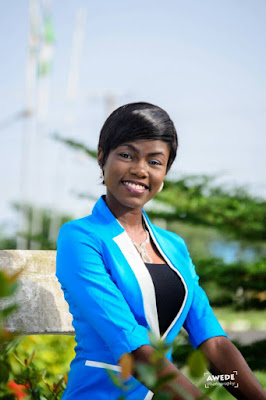 The National Florence Nightingale Trophy Speech Contest (FNTSC) is an annual contest open to students from all Schools of Nursing in Nigeria. The 48th Annual Florence Nightingale Trophy Speech Contest held at the Evangelical Church Winning All (ECWA) School of Nursing, Egbe Kogi State, Nigeria with its theme; “Nurse, A Voice to lead! Healing and Caring: A Human Right”.
The competition ran from the 9th to the 12th of May and was structured in four stages including the essay writing, written quiz, oral interview and speech. 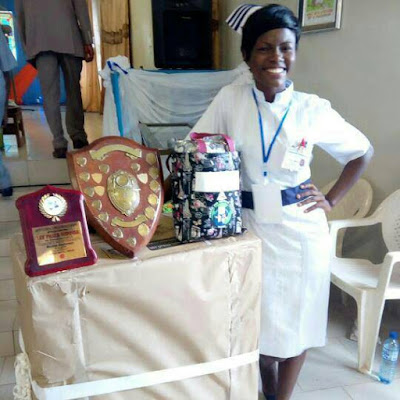 Over forty students from schools ranging from as far as Akwa-Ibom, Jos, Gombe to Katsina began the competition on the 9th of May having submitted their essays earlier. The occasion flagged off with the opening ceremony on 10th May, 2018, the symbolic handing over of the Florence Nightingale shield by the winner of the 2017 edition, Mr. Nwanbiaka Mark.
Following this, the contestants were tested on their knowledge of Anatomy and Physiology. Medical-Surgical Nursing, Pharmacology and Foundation of Nursing among others.
At about 6:00pm on 11th May, 2018, the result of the quiz was announced. The top 20 students then underwent the rigorous interview with the interviewers made up of academic authorities in the field of nursing, professors and seasoned nursing tutors.
As the night progressed, the results of the oral interview was announced. This was a pre-requisite in determining the five contestants who would make it into the final round of the competition. 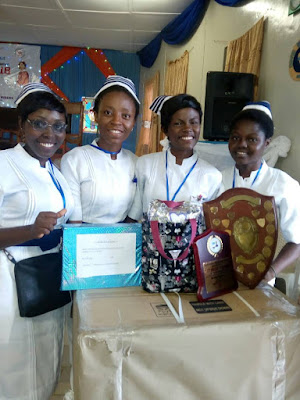 At about 9:30pm, FNTSC committee members stepped into the hall for the announcement of the oral interview. As tutors and students trooped into the hall to listen to the results of the interview, there was an obvious change in the emotional atmosphere. Hearts raced, brows of sweat were clearly visible on some of the contestants as well as the accompanying tutors. Shortly after the results were announced, the Chairman announced the topic of the speech contest: “Nursing; the heartbeat of the nation’s healthcare system” leaving the top five contestants with limited time to prepare for the speech itself.
The grand finale held on 12th May, 2018. Finally, it was the moment everyone had been waiting for. It was time for the contestants’ presentation. The time to write their names in the sands of time. However, only one would lift the shield. The contestant from the Sacred Heart Hospital School of Nursing, Lantoro Abeokuta was first presented with the opportunity to win. He began. He presented with utmost confidence, passion, and fiery desire to win, he ended his presentation and was well applauded. Like a belle in a ball, the aura of her smile and confidence swept majestically across the hall.
Even when applauses were not allowed during a presentation by a contestant, her first delivery went deservedly with a huge applause from the crowd. Again, midway into the presentation, another applause rang out and this time, it was not from the audience. It was from the high table. She was instantly tipped to win the competition. As she concluded, standing ovation from the high table, audience and other schools were given. The student Nurse from the Obafemi Awolowo University Teaching Hospital, Miss Adebayo Abimbola had won their hearts. 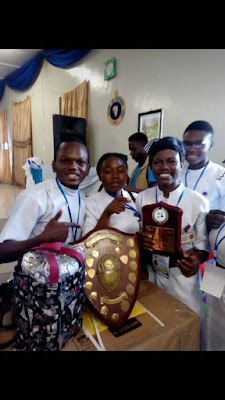 The other contestants from Eleyele, Lagos and Ado Ekiti stepped out and also drove home their points impressively. While the results were being computed, the ECWA SON students had other presentations to entertain the audience. Also, the address by the Executive Governor of Kogi state, His Excellency, Governor Yahaya Bello was presented by his representative.
It was time for announcement of the results.  The Judges and panellists gave their remarks commending all of the participants for their efforts and knowledge about Nursing and contemporary issues. The Panellists stated that each contestant was rated and scored using grammar, points, recommendations, relativity, lexis, definitions and composure as criteria. The winners were then announced. Below is a breakdown of the positions
1). OAUTHC School of Nursing, Ile-Ife Osun State.
2). LUTH School of Nursing, Lagos.
3). Sacred Heart Hospital School of Nursing, Lantoro Abeokuta.
4). School of Nursing Eleyele.
5). School of Nursing EKSUTH Ado-Ekiti Ekiti.
The winner of the 48th edition of the Florence Nightingale Trophy Speech Contest, Adebayo Abimbola is a 300 level Nursing student of the revered Obafemi Awolowo University Teaching Hospital School of Nursing, Ile-Ife Osun State.  A tireless seeker of knowledge, a repertoire of awesome achievements.
Adebayo Abimbola was born on 20th of March some years back, and grew up in Akure in Ondo State, where she attended Saint Louis Girls Grammar School, Akure, Ondo State.
This upcoming poet, artist, playwright, orator, politician and soon to be registered Nurse started creative writing and speaking at the age of nine, a habit she expressed with keen enthusiasm.
She is an avid reader who derives pleasure in reading books from reputable authors such as Joel Osteen, John Maxwell, and Joyce Meyer among others.
Equipped with an extraordinary ability of expression and leadership, she currently directs the drama unit of the Fellowship of Christian Nurses, OAUTHC, she once served as the Director of News of SLA Press. To show her political inclination, she was voted in as the Assistant General Secretary of Student Union Government of OAUTHC SON, owing to her indefatigability, she was later voted in for the second tenure as the General Secretary of the aforementioned union.
Adebayo Abimbola is a columnist for the OAUTHC KILONSHELE News Outfit. When she isn’t glued to her textbooks, she spends time hanging out with her friends, spending quality time with her family, taking pictures and hanging out in various geek-related establishments. She has interest in Nursing Research and is looking forward to becoming a nurse reformer by reaching the zenith of the profession.
Her philosophy is “Excellence is never a competition with anyone else but a competition with the man in the mirror”
Copyright © 2018 | Fellow Nurses Africa | All Rights Reserved
previousEditorial comments: Key To Resolving Current Health Issue
nextI WORK AS A LOCUM NURSE GO AND HUG TRANSFORMER: NIGERIAN NURSE TELLS JOHESU!