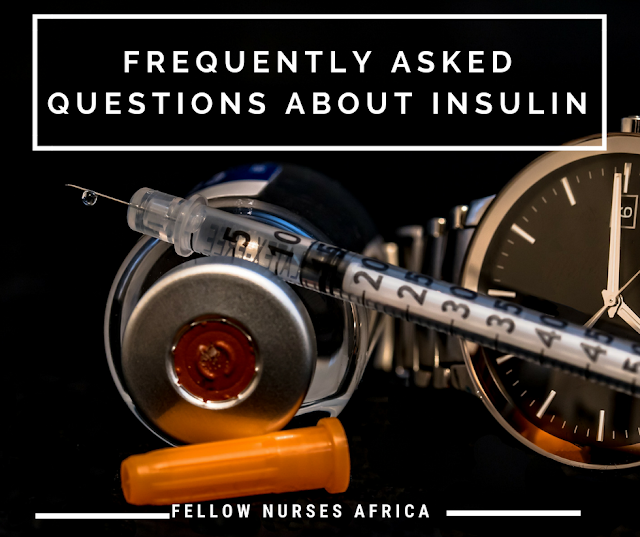 Why Should I Mix The Insulin Before Drawing?

The first time I was taught on the use of insulin, I was informed that it is very necessary to shake the vial before drawing.

Few weeks ago at my place of work, we had a forum for those in medical field, the nurses and the doctors and we were informed to always roll the vial at least 5 times between our hands rather than shake the vial.

The reason is because there are different types of insulin, and each insulin looks cloudy in the vial when they are at rest, probably in the refrigerator or in a ice pack. They are cloudy because of the particles of insulin settles out and falls to the bottom of the container.

It is therefore important that before you draw from the vial, you need to gently mix so there would be same concentration throughout the vial, if you  don’t mix insulin well, you would get a different concentration and you would draw a clearer part rather than the part that contains the settled particles which has failed to mix.

Why Should I Draw Air Into The Insulin?
The rubber stopper of the insulin vial does not allow the passage of air, you need to put air into the vial to replace the insulin. Each time you draw bout some insulin and you refuse to pit in some air in exchange of the insulin, you are building vacuum in the vial, and it gets hard to pull some insulin out when vacuum is present.

Drawing air into the insulin vial, prevents vacuum from been created in the vial, and the stopper from been too hard to draw out the insulin.

Why Should I Not Inject The Same Spot Over And Over?
If you use the same spot frequently, the fatty tissue under the skin changes. It can either cause a deterioration in the tissue or a pit under the skin. It can also grow an extra fat tissue which could create a lump under the skin. Another reason is, injecting same spot changes the skin colour.