NIGERIAN NURSES,MIDWIVES AND OTHERS BEGIN AN INDEFINITE STRIKE!

-Nurses, Midwives and other JOHESU members which make up 95% of the workers in the health sector will shut down health sector from today

The major unions of health workers have announced the commencement of their nationwide strike on Wednesday.

The Joint Health Sector Unions and Assembly of Health Care Professionals, JOHESU, and the National Association of Nigeria Nurses and Midwives, NANNM, announced the strike on Tuesday.

According to a statement signed by the National President of NANNM, Abdrafiu Adeniji, all nurses and midwives in all federal health institutions are to proceed on an indefinite strike action from midnight of Wednesday.

Mr. Adeniji said the association is in agreement with all JOHESU’s positions on the recent seven-day ultimatum given to the federal government to accede to all its lingering demands dated back to 2012.

The strike is coming barely a week after the National Association of Resident Doctors suspended its strike.
The healtht workers had earlier threatened to embark on an indefinite industrial action that would shut down operations in public hospitals due to the prolonged delay by the federal government in meeting their demands.

Their demands include payment of arrears of specialist allowances and upgrade of their members due for promotion.

Earlier, the Minister of Health, Isaac Adewole, had pleaded with the leadership of JOHESU, not to embark on its planned industrial action.

Mr. Adewole said that the government would continue negotiation with the union and hoped that a consensus would be reached on the issues in contention.

JOHESU comprises all the other professional groups in the health sector and forms about 95 percent of health workers and health care providers in Nigeria. 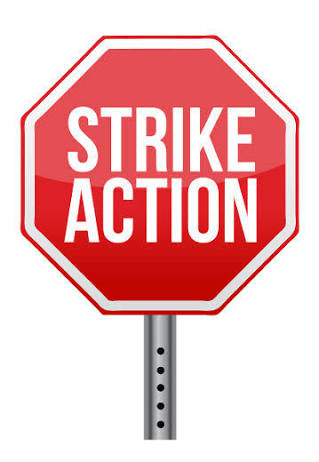