WORLD NO BRA DAY 2017: LEAVE THE BREAST TO REST, WEARING A BRA DOESN’T STOP SAGGING OF THE BREAST.

October 13th of every year has been dedicated to celebrating world no bra day. Though not popular yet, it is beginning to gain popularity on social media.

The day is dedicated to creating awareness on self breast examinations, screening and recognizing the early signs of breast cancer. The best way to spend this day is for a woman to get a mammogram screening done. This detects breast cancer two years before the patient notice any sign.

Contrary to the above, women, especially the young ladies lookup to this day as a day to go braless. There’s been a lot of debate on whether a lady should wear bra or not. Some are of the opinion that not wearing bra make the breast to sag. But how true could this be?

According to a long-running French study, not wearing a bra doesn’t sag the breast, wearing bra, especially the wrong size does.
Bra causes breast to lose their shapes over time, according to the study, the support of bra weakens the muscles in the chest making the breasts to  sag.

Another long standing misconception is that sucking, squeezing and caressing of the breasts during sexual play make the breasts to sag.
There are no muscles in the breast. The breast is made up of fatty tissue and glandular, milk-producing tissues. Massaging these tissues doesn’t make them loose, bigger or sag.

The base of the breast overlies the pectoralis major muscle between the second and sixth ribs in the nonptotic state. The gland is anchored to the pectoralis major fascia by the suspensory ligaments first described by Astley Cooper in 1840. These ligaments run throughout the breast tissue parenchyma from the deep fascia beneath the breast and attach to the dermis of the skin. Because they are not taut, they allow for the natural motion of the breast. These ligaments relax with age and time, eventually resulting in breast saging. as we age, the women breast will definitely sag with or without bras. However, ladies who engages in sport activities are at greater risk of breast sagging, in this case, they are advised to put on a sport bra before engaging in sports.

WHAT THEN CAUSES BREAST SAGGING ?

Apart from the primary purpose of feeding babies, the breasts beautify the woman chest and  serve as a site of attraction for most men. Therefore, it advisable to cherish and care for them. 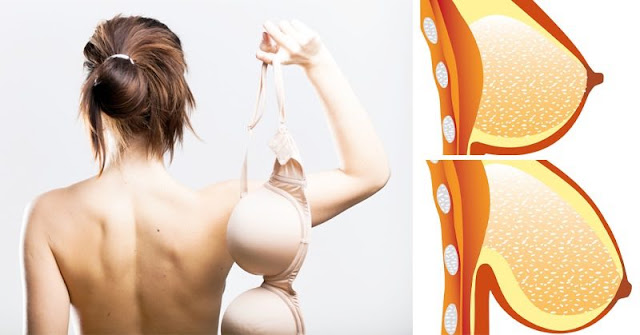