5 fun facts about male nurses
The first male nurses were third-century Italians! How much do you know about the history of male nurses? Test your knowledge with our five fun facts.
1. Hooah! Approximately one-third of all nurses in the United States military are male—an impressive number compared to the 4.9 percent rate among civilians.
2. Do diplomas matter to guys? Men who graduate as RNs tend to take the associate degree route over the diploma route, compared to women. Just over 53 percent of men take the associate degree route to RN licensing compared with 42.2 percent of women. With diplomas, it’s the opposite: 26.3 percent of women receive diplomas, compared to only 13.9 percent of men.
3. Guys as nurses? Nothing new, folks. Men have been serving as nurses since the third century, when the Parabolani brotherhood in Rome gave care to those who were sick and dying from the plague.
4. It took the Army a while to “come around.” Despite their history of working as nurses, men were excluded from the United States Army Nurse Corps, which was formed in 1901. Back then, only women could be nurses.
5. But aren’t we glad they did? It wasn’t until after the Korean War that men were permitted to be nurses in the military again.
By Marijke Durning 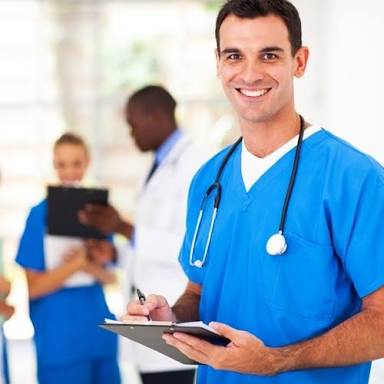