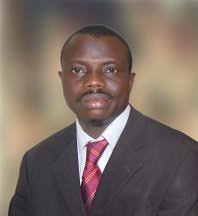 For clarification of some issues spreading fast among healthcare providers, especially nurses, the President, National Association of Nigeria Nurses and Midwives (NANNM) Comrade Abdrafiu Adeniji, has categorically stated that any professional association for Nigerian nurses and midwives, aside NANNM, is illegal and not recognised.

According to him:”NANNM is the only recognised body as a professional association registered and recognised by law and regulations to coordinate nurses and midwives affairs in the country”.

Adeniji, who was fielding questions from Pharmanewsonline regarding the relationship between NANNM and the University Graduates of Nursing Science Association (UGONSA), said there is no conflict within NANNM, but the phrase ‘graduate nurses’ has a lot of divisive tendencies.

“I think what is happening is that there are few people that are not satisfied about some things but instead of using the right channel to address it, they adopt that measure of criticism, which the leadership of NANNM has always seen as part of their right to express themselves.

The clarity that needs to be made is that there is no other body registered by law to either unionize Nigerian nurses or any professional body recognised and registered for that purpose. I, the president of NANNM am a graduate of BNSc in Nigeria, the General Secretary is and our statistic shows that the current leadership of NANNM has more that 80% of us possessing at least BNSc and some of us have higher qualifications in nursing”, he elucidated.

Explaining further, he said NANNM has been an accommodating father, either as a trade union or as a professional association, that encourages members to express themselves and if anyone is interested in leadership, they are advised to go through the normal process, contest and participate in decision making.

The NANNM President also narrated the genesis of UGONSA, saying it was formed by some former executives of NANNM, who were somewhat displeased with the leadership of NANNM. While extending a hand of fellowship to all, he said the door is wide open for any nurse, who possesses moral justification to lead the Nigerian nurses and work his talk by being a pragmatic leader as they are doing.

How To Become a Registered Nurse In Nigeria (2023) – Halimatu Abdullahi

National Association Of Nigerian Nurses And Midwives should Take A Leaf From The Royal College Of Nursing, RCN

About £10,000 Is Budgeted For Every UKRN Annually For Courses And Training – Olubukola Akinmolayan

DMCA: If you feel your content have been used on this site without your consent, contact us now.

Are you a nurse who loves writing and do magic with words? Would you love to be an author on this website? We’ll be happy to have you.

Kindly fill out the form below so we can add you as author to the website.