SUICIDE: The Risk And Protective Factors

Suicide is not a word uncommon in this our present society. There is hardly a month when someone will not commit one. Some killed themselves by hanging, poison and even jumping into lagoon. It ranges from students to working class, even directors. The question is, what went wrong? Why did they decide to leave family and friends behind? What could be responsible?

Some victims was said to have committed suicide because of failure in a particular course, some because of poverty, some were not known. Lets take a quick look at what suicide is, risk factors and protective factors.

Suicide is when someone decide to take his/her own life without confiding in anyone whether wife, husband, children or family.

Suicide doesn’t just happen in a day, the person must have been thinking about it for a very long time. Which psychiatrists referred to as suicidal thought or ideation. 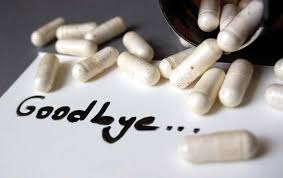 Suicidal thoughts may range from believing that others would be better off if the person were dead to vague ideas of dying by suicide to specifi c plans to commit suicide.

There are, however, certain behaviors that can suggest serious suicidal intent and can serve as warning signs.
According to Packman et al., 2004, some of the behaviours are;
¶ Giving away possessions,
¶ Saying goodbye to friends or family,
¶ Talking about death or suicide generally or about specific plans to commit suicide,
¶ Making threats of suicide, and
¶ Rehearsing a plan for suicide.

Unfortunately, not everyone who plans or is about to commit suicide displays warning signs.

RISK AND PROTECTIVE FACTORS FOR SUICIDE
The risk of suicide is higher for people with psychological disorders, whether officially diagnosed or not. The three most common disorders are;
1. Depression
2. Personality disorders
3. Substance-related disorder

Other risk factors are; 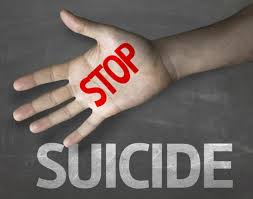 PROTECTIVE FACTORS ARE;
√ Being married (or having a significant relationship)

√ Having children who are under 18 years of age

How can you help?
There are some ways you can help someone with suicidal thought.
1. Never leave them isolated
2. Make sure the environment of such person is free of lethal materials
3. Be encouraging and supportive
4. Encourage a depressed individual to visit a psychiatrist/psychologist
5. Treat/make sure psychological conditons are attended to by specialist.