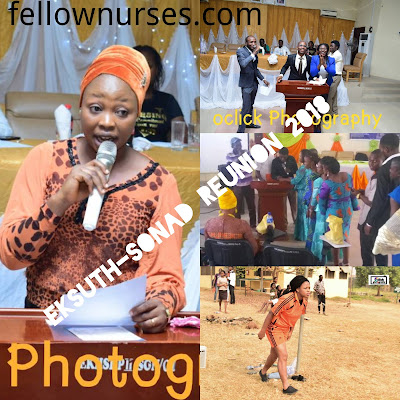 It was a weekend of joy, relatedness, enthusiasm as members of the Alumni Association of Ekiti State University Teaching Hospital, School of Nursing, Ado Ekiti gathered to celebrate and officially inaugurate the association at the School Auditorium. 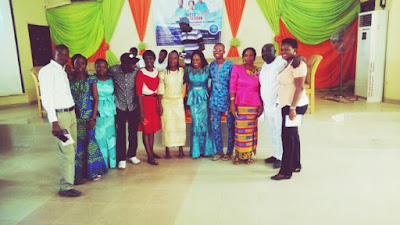 The theme of the reunion was LEADERSHIP AND MANAGEMENT: THE MISSING LINK.  It was a two day programme embedded with crop of educative, interactive, motivating and entertaining moments.
The programme started around 2pm on Thursday, 25th January, 2018 with opening prayer, introduction of the alumni members present as at the inception of the programme, and a talk on “SONAD from the ages past” which was a discussion anchored by the incumbent Principal in person of Mrs. T.O Bamigboye and the Pioneer Principal of the school, Mrs Oloro.
The discussion included a showdown of history from times past till present on how the school has transformed academically and morally in the last years. Various challenging Nursing Issues were raised and were duely and intellectually addressed. The section ended with encomiums from the alumni members and appreciation from the organizing committee. 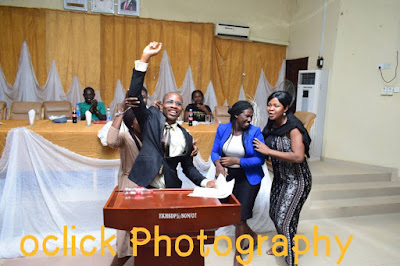 The reunion took another face when there was a re-convergence of members of the Alumni on the school auditorium for the gala and manifesto night. The manifesto night featured contestants into various positions declare their intended plans for the association if they are elected. It was a night to remember as questions flung in the air to test the credibility and commitment of the contestants. The Thursday session ended with a closing prayer around 10:00pm. 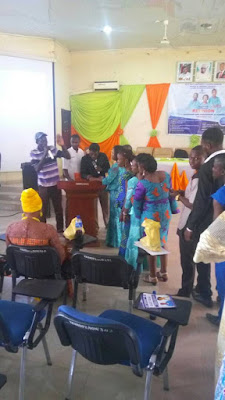 DAY 2 – 26th January, 2018
The day two of the programme was extremely scintillating as it began with novelty matches between the Alumni team and the School team in both male and female categories.
The female category match ended in a goal in favour of the Alumni team while the male category ended in a two all draw. The programme continued in the auditorium later which featured the Guest Speaker, Mrs. C.O. Adeleye of Department of Nursing, Ekiti State University, Ado-Ekiti speaking on the theme of the reunion.

She established the fact that there is a huge difference between leadership and management but also emphasized that they work hand in hand only if the right factor can be put in place. She however established the missing link as mentorship, she implored the alumni members to embrace this link and make sure it doesn’t get severed as they advance in the profession in different dispensations. She also made a call to all Nursing leaders to embrace more of leadership qualities than management qualities as this is a key to mentorship. Various questions were raise and satisfactorily dealt with by the guest speaker.

Still on the educative and motivating aspect, an alumnus, a nurse entrepreneur in person of Nurse Adewa Taiwo, took the gathering on a voyage of Nursing and Enterpreneurship. He established that nursing creates a fertile ground for entrepreneurship citing from his own experiences both in school days and present days, he however advised that Nurses can graduate from being employees of labour to employers of labour. 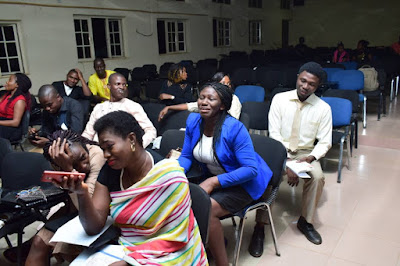 The final and very crucial moment came after the presentations which was the electioneering process, 13 positions were contested for, under the chairmanship of Balogun Ebenezer (captain eben),  which included President, Vice President, General Secretary, Assistant General Secretary, PRO 1, PRO 2, PRO 3, Treasurer, Welfare Director, Financial Secretary, Laison Officer, Social Director, and Auditor General. 11 positions were unopposed while the posts of General Secretary and PRO 1 were vied for by two contestants each. At the end of the voting process, the following persons emerged:
President: Mr. Esan Temitope
Vice President: Mrs. Ajijola – Foluso Ayodeji
General Secretary: Mr. Austin Adeuya
Ass. Gen. Secretary: Mr. Kolawole Oluwatobi
Financial Secretary: Miss Adeboye Oluwaseyi
Treasurer: Miss Babalola Bola
Social Director: Miss Ajayi Omowunmi
Welfare Director: Mr. Idowu Sunday
Auditor General: Mrs. Adebola Bolanle
PRO 1: Mr. Ademilugba Temitope
PRO 2: Mr. Quadri Adeniyi
PRO 3: Miss Ogunmilade Abisinuola
Liaison Officer: Mr. Ajayi Oluwasegun
The newly elected executives were sworn in by Mr. Olowofila and the first interactive session between the excos and the house was carried out.
The reunion came to an end at 5:36pm with the sharing of the benediction. 13 sets have graduated so far from the citadel and they were almost all represented with a good number from even the pioneer 2001 set. The total number of members that came to the reunion was estimated to be 80 persons.
It was indeed an interesting homecoming despite the low turnout, but there is a huge anticipation that the next reunion will be an anticipated.