GENERAL ADMINISTRATION
Less than three months into office, Faruk overtook a total overhaul of the administrative machinery of the council that led to the improvement in general administration of council activities. A new 100kva transformer was procured and installed in the Council’s annex office in Abuja, while the power generating plant in the office was refurbished to alleviate power problems being faced over the years in the office that renders over 75% of the Council’s core services to the public. Damaged and grounded vehicles were repaired and refurbished for the smooth operations of the Council. The 2016 and 2017 Staff promotion exercises were conducted and results promptly released within a short period as against what the experience was in the past, and this has undoubtedly boasted the morale of Council’s staff and significantly led to improvement in service delivery.

REGISTRATION OF NEWLY QUALIFIED NURSES AND MIDWIVES
Within three months in office, the Council under Faruk’s initiative ensured that the backlog of applications for the registration of newly qualified nurses and midwives that have hitherto made Nurses and Midwives to lose jobs and academic opportunities were cleared. He personally signed thousands of letters of notification of registration which gave this category of Nurses and Midwives in the country opportunities to get jobs and progress in their academic pursuit as well as reduce drastically, sharp practises in the system. This present policy has ensured that new letters for notification of registration are issued within few days of application.

PRODUCTION OF NURSES LICENSES
Before his assumption in office, there was long delay in the issuance of practicing licenses to Nurses and Midwives because of technical and bureaucratic challenges in the system. However, within months of his assumption in office, massive backlog of practicing licenses were produced to deserving Nurses and Midwives. For the first time in the history of the Council, over 5000 licenses were produced in a single month and efforts are on to sustain this to address delay in production/issuance of Nurses/Midwives licenses. His goal is to achieve insurance of license within 72 hours working days of application.

NURSING EDUCATION REFORMS IN NIGERIA
Due to the vision of Alh. Faruk to reposition Nursing education in Nigeria and to give recognition to Schools of Nursing certificate, as well as promote the academic progression for Nurses and Midwives, a four-year HND Nursing curriculum program was designed and MOU was signed with the National Board of Technical Education on 19/01/17 for the possible take-off of the program in November 2017. In an attempt to eliminate quackery in the Nursing profession, the Council commenced the implementation of the one-year refresher course for eliminated candidates in Nursing and Midwifery professional examinations in April 2017, with May and September of every year approved to be their date of exams for Nursing and Midwifery respectively.  Continuous training and re-training of Nurses and Midwives is paramount to Alh. Faruk to sustain professionalism and maintain quality of Nursing and Midwifery services in all health institutions in the country. In view of this, new modules of Mandatory Continuous Professional Development Programmes (MCPDP) were developed, facilitators trained and implementation has commenced across the country. Also, the Council has granted approvals for some Private Providers to run Continuing Education Programme (CEP) for Nurses and Midwives for the first time in Nigeria. Furthermore, Specialist groups/associations in Nursing and Midwifery profession are also given opportunity to run Continuing Education Programmes (CEP) with appropriate credit hours awarded by the Council.

EXAMINATIONS
Since his assumption of office, Faruk has ensured that the result of professional examinations for Nurses and Midwives were released within 60 days of conducting the examinations as against the practice of long delay in the release of results over the years. Efforts are on to sustain this prompt release of examination result by implementing modern ways of doing things through ICT.

CERTIFICATION
Over 20,000 backlogs of Nursing and Midwifery certificates have been produced and dispatched to Nurses and Midwives between October 2016 and September 2017. This singular feat has not only generated a lot of excitement among Nurses and Midwives across the Country but also helped to restore confidence in the system

IMPROVED ACCOUNTING SYSTEM
The Services of the account division of the Council has improved significantly with the deployment of Four point of sale (POS) machines with one each at the Abuja, Lagos, Bauchi and Port Harcourt offices. Apart from transparency in the system, this has made the payment process easy. In addition, Prudent management of Council resources has been the priority of the management under the leadership of Alh. Faruk Abubakar. It is his passion to toe the line of the change agenda of President Muhammadu Buhari’s administration that led to the automation of the accounting process of the Council. LEGAL On assumption of office, Faruk met a significant number of litigations bordering on different issues. However, a number of these cases were settled out of Court through alternative dispute resolution and with the effort of the Legal team of the Council, two cases were won in Council’s favour at the Supreme Court in 2016. ICT Since he became the Registrar of the Council, Faruk has made some outstanding efforts to ease ways of doing things in the Council through ICT in line with global trend. He engaged the services of two ICT firms who were saddled with the responsibilities of managing the council e-portal and production of secured practicing licenses for Nurses and Midwives. Efforts are at advanced stage to computerize all the core services of the Council to include Indexing, Examination, Registration, Licensing and Verification activities/applications to be done online in line with global trend.

PARTNERSHIP WITH NGOs
A number of non-governmental organizations such as World Health Organization (WHO), United Nation Population Fund (UNFPA), Women4Health, Fistula Prevention among others have been identified with the success story of the Council under the leadership of Alh. Faruk Abubakar. Many of these NGOs are partnering with Nursing and Midwifery Council of Nigeria on one programme or the other to achieve the vision and mission of the Council.

DEVELOPMENT OF STRATEGIC PLANS
In a bit to achieve his vision for the Council, a five-year Strategic Plan is almost completed for the NMCN with the support of Women4Health. No doubt this is needed at this critical time to serve as a guide for this administration to achieve highest pedestal of excellence at the national and global level.

CONCLUSION
It is pertinent to note that these modest achievements were as a result of the collective effort of the council’s staff and the enormous support of both the Federal Ministry of Health and the Board of the Council. No doubt, the Nursing and Midwifery Council of Nigeria have had her highs and lows during this period but the collective support enjoined from Nurses and Midwives across the Country has ensured that our highs overshadow our low moments.  We thank you all for your support and assure you that this is just the beginning of a period of renewal and rebirth for the council. We shall, by the grace of the Almighty strive to take the Nursing and Midwifery profession to greater heights in Nigeria. 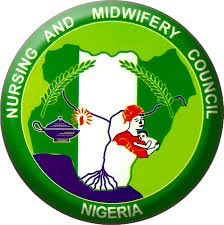 Copyright © 2018 | Fellow Nurses Africa | All Rights Reserved
previousDid You Know Oral Sex Can Give You Cancer?
nextWEAPONS FOR YOUR NURSING ARSENAL: BE EQUIPPED!