Scintillating! That is how the traditional and white weddings that united two powerful Yoruba families-the Ojurongbe and Animasahun families, would have been described, but it was more than that. 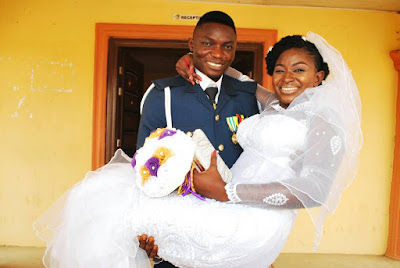 The ceremonies which took place over the weekend required painstaking preparations and were in every sense a celebration of love at its peak.
After the court marriage which took place at Akure south local government registry, the couple graciously walked   in company of friends and well wishers to the National Union of Local Government Employee ( NULGE ) event center, Akure, Ondo state Capital where both the engagement and reception took place. 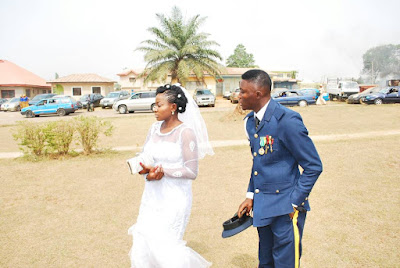 At various centres, events kicked off on the beautiful day in preparation for the high society union. At the  five star hotel where the groom and his men were lodged, an exclusive FELLOW NURSES photoshoot held to capture the finer moments of the groom’s last hours as a bachelor. There was a beehive of activities at the home of the bride as well, who with a retinue of friends, effortlessly slid into her beautiful traditional apparel.
The drumming and the dancing heralded the arrival of the esteemed guests, ferried into the hotel premises and available parking spaces in their state-of-the-art automobiles. Among such dignitaries were Dr oduwaye, consultant paediatrician from  lagos state health service commission, Bola Ogunjimi, CEO finger linking and Bolton Nigeria LTD, Olori Alawe of Ilawe Ekiti, Prof Raph Alabi of the University of Ibadan, Prof Mekusi from Federal university of technology, Akure, officers and men of the Nigerian air force, Nigerian army, Naval officers, Nigerian civil defense corps amongst others. 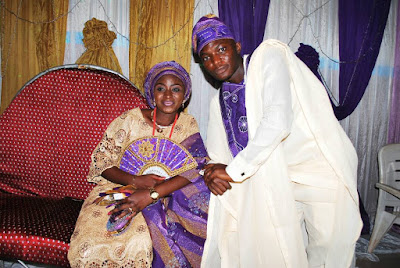 There were songs, drumming and jubilations as the groom’s family entered in a blaze of glory, momentarily turning the environment to blue, and then the traditional rites began with communication carried on in both Yoruba and English languages.
The ceremony moved ahead to the presentation of the proposal letter by the groom’s family, which was blessed before it was handed over to the parents of the bride. The letter was then read by the bride’s younger sister,who afterwards was treated to a dance.
The bride’s family followed up with their own acceptance letter, which paved the way for the triumphant entry of the man of the moment, the hunk-like handsome Nurse Anaesthetist turned  Air force officer, Ojurongbe Olumide. His entrance came with pomp and circumstance accompanied by his friends.
At the stage, the compere mandated the removal of caps by the groom and his companions, and at the count of two, all of them were face down on the floor, prostrating in total obeisance to the parents of the bride and respect for the undying Yoruba culture. Not so long, the bride entered, clad in shiny  attire with a velvety veil over her face, which traditionally symbolises her purity and innocence before her husband to be. 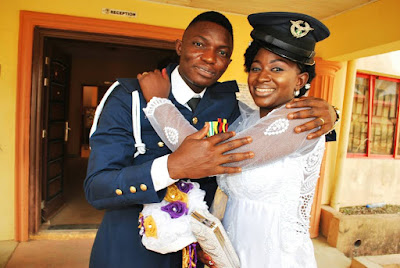 She was surrounded by a bevy of gorgeous ladies, dressed in matching colours and attires. At the centre, with emotion running high, she wrapped herself round her mother, and both shed tears of joy and love, as an eventual departure from home for a new life of marriage beckoned.
Thanksgiving took place the following day at st john pro cathedra catholic church, ilawe ekiti where the clergy, mosgnr Adetunji Ogidan admonished the couple to always put God at the centre of the family and all their doings.
Ojurongbe Olumude is an Anaesthetist Nurse turned Airforce  officer while the bride, Animasahun Gbemisola is a cardio thoracic Nurse.
Congratulations to the newly wedded couple.
Copyright © 2018 | Fellow Nurses Africa | All Rights Reserved
previousFamily Bond With Julie Mogbo, RN
nextWorld’s Cancer Day 2018