Joint United Nations Programme on HIV/AIDS (UNAIDS) and the National Agency for Control of AIDS (NACA) have alerted that on daily basis, there are about 5,000 new Human Immuno-deficiency Virus (HIV) infections globally, out of which Nigeria contributes about 700 cases.

They said ‎Nigeria has the biggest HIV burden in West and Central Africa, representing about 53 per cent of the burden in the sub-region, while it contributed about 60 per cent of new infections in the region in 2016.

UNAIDS and NACA as part of activities to commemorate of the Valentine’s Day and World Condom Day, however, said appropriate use of condoms will reduce new HIV infections in Nigeria and improve the sexual health and well being of Nigerians.

The occasion was marked by RB Durex partnering with UNAIDS through the donation of 100,000 units of condoms, which is in line with the company’s continuous commitment to being a socially responsible organization.

Global Fund Implementation Adviser, UNAIDS, Mr. Richard Amenyah, at an HIV/AIDS awareness forum in Abuja, said: ‎”‎Definitely we need to do something about this issue, because that is the only way we can end the AIDS epidemic in Nigeria.

“‎This is an issue for us, that we need to be able to work with the government of Nigeria; work with civil societies; work with the private sector to try and reduce this HIV burden on this country. That is why we are associating ourselves with all opportunities to reduce new infections in the country.

 “‎We want to encourage the private sector that they have a role to play in support of government. Government cannot do it all. Private sector needs to come on board, just as RB Durex has actually come on board to provide 100,000 condoms. This means 100,000 sexual acts are protected. We know there are unprotected sex going on in Nigeria, and that is why new infections are going up.”

Leferink stated that collaboration between RB, NACA and UNAIDS will help enforce the sexual and reproductive health agenda in Nigeria, by providing strategic directions, advocacy, coordination’s and technical support needed to Nigerians.

“We are celebrating the collaboration with NACA and UNAIDS by donating 100,000 condoms, in the journey to eradicating HIV in Nigeria.

“Our vision is good sex for everybody and protected and safe sex, as well as enjoyable sex. With regards to protection, Durex, apart from donating condoms, has series of sexual health education campaign, using various media platforms to educate and improve sexual health of Nigerians.”

Meanwhile, the establishment of an AIDS, Tuberculosis and Malaria Research Centre by the Bayelsa State Government will ensure the people are completely free of HIV/AIDS.

These were the words of the Director General of NACA, Dr. Sani Aliyu, at the commissioning of the facility last week.

‘The prevalent rate for Bayelsa is 3.8 percent based on the survey we have conducted in 2014; the health facility provided by the governor is a life saving edifice. We will continue to partner with them in ensuring that the people in Bayelsa are completely HIV free,’’ Aliyu said

As part of strategies to boost HIV intervention in the state, the NACA DG solicited Governor Seriake Dickson’s cooperation to include HIV/AIDS treatment as part of the State Health Insurance Scheme package and provision of free antenatal care for pregnant women in the state. He also urged the State to facilitate the payment of N45 million World Bank counterpart funds to facilitate HIV intervention. 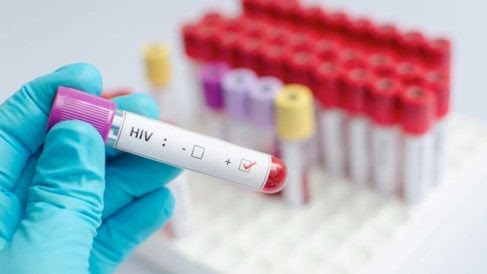