Nurse Of The Moment: Adeleye C.O(Mrs)

Catherine Okwuchi Adeleye (Mrs) was born on the 26th March, in the late 60s in her home town, Amuro Ibere in Ikwuano Umuahia of Abia State, South-East Nigeria in West Africa. She is the 5th out of 8 children in a monogamous family.

She is married to Dr. Toyin E. Adeleye who hails from Ekiti State, South-West Nigeria in West Africa. She is a true Nigerian (Born in the East, Schooled in the North and Settled in the West) and she understands the three (3) major Nigerian Languages. She finished her primary school education from Amuro Central School which is in her home town in 1982/83. She went to Ibeku High School in Umuahia, the Abia State Capital for her secondary education and she finished in 1988. She was admitted to Ahmadu Bello University Teaching Hospital, School of Nursing, Zaria, Kaduna State, Nigeria for her General Nursing Programme between October, 1990 and November, 1993, there she obtained the Certificate of Registered Nurse of Nigeria and was licensed by the Nursing and Midwifery Council of Nigeria to practice as a Registered Nurse (RN).

She proceeded to School of Midwifery Wusasa, Zaria, Kaduna State in Nigeria to obtain the Certificate of Registered Midwife of Nigeria between March, 1994 and March, 1995. Catherine got a job with Aminu Kano University Teaching Hospital (AKTH), Kano, in Kano State Nigeria as a Registered Nurse/Midwife (RN/RM) in 1996 and towards the end of that same year; she got wedded to Dr Toyin E. Adeleye and blessed with a baby boy who is presently in the University. She resigned from AKTH, because the Hospital Management refused to sponsor her for a degree programme in Nursing in 1999. So, she left to pursue a degree in Nursing and she obtained Bachelor of Nursing Science with a Second Class Upper grade in 2003 from Ahmadu Bello University, Zaria, Kaduna State. She also enjoyed the then Federal Government Scholarship for students with CGPA 3.5 and above, in the President Obasanjos regimen. After her studies she worked in three (3) different Private Hospitals, before relocating to Ekiti State (Her husbands home town) due to religious crisis in the Northern part of Nigeria, haven escaped death twice during the religious crisis in 2006.

Catherine and her husband got a job with the Hospitals Management Board (HMB), Ado Ekiti in Ekiti State Nigeria in 2006. Catherine worked in the hospital for about two (2) months and was seconded to the Ekiti State School of Nursing, under the Ekiti State Ministry of Health. In 2009, she got admission to pursue Masters Degree in Nursing in University of Ibadan, Oyo State, Nigeria. She obtained a PhD Grade in Masters Degree (Medical-Surgical Specialty) in 2013. She also enjoyed the 2009 National Association of Nigerian Nurses and Midwives (NANNM) National Chapter Scholarship.

The Ekiti State School of Nursing where she was working was eventually seeded to the Ekiti State University Teaching Hospital in 2009 and every academic member of staff of the school was required to obtain a diploma in education as a requirement for full accreditation of the school, Mrs. Adeleye was not left out, as she got admission into the Department of Education, Ekiti State University, Ado Ekiti South West Nigeria and got a Distinction Grade in Post Graduate Diploma in Education (PGDE) in 2014. With the PGDE result, she got registered as a Nurse Educator with the Nursing and Midwifery Council of Nigeria in March, 2017. She rose from the level of a Nursing officer II to a Principal Nursing Officer and became the Vice Principal Administration in School of Nursing in 2014.

Ekiti Queen as she is fondly called, also worked with the Department of Nursing Science, College of Medicine/Health Sciences, Afe Babalola University (a private university in Ado Ekiti) as an Adjunct Lecturer between April, 2013 and March, 2017, she eventually resigned from Ekiti State University Teaching Hospital, School of Nursing, Ado (EKSUTH, SONAD) in May, 2017 to join the Department of Nursing Science, Faculty of Basic Medical Sciences, College of Medicine, Ekiti State University , Ado Ekiti in Ekiti State Nigeria, where she was appointed as the coordinator of the Department and a lecturer. She is pursuing her Doctorate Degree (PhD in Medical-Surgical Nursing Specialty) presently in the University of Ibadan, Oyo State Nigeria. She is also running the West African College of Nursing Residency Program (Consultancy Programme) at Part 1.

Mrs. Adeleye is a highly intelligent Medical-Surgical Advanced Clinical Nurse Practitioner, a Nurse Educator and a Nurse Leader per excellence. She was the coordinator of a Continuous Education Programme known as Mandatory Continuing Professional Development Programme (MCPDP) for all Ekiti State Nurses for more than four (4) years. She has been a seasoned examiner and script marker to the Nursing and Midwifery Council of Nigeria from 2007 till date. She was head of Nursing and Applied Sciences Department in School of Nursing for ten (10) years and chaired many committees including; Education Committee, Research Committee, Staff Social Welfare committee, Procedure Manuel Committee and others. She was the Students Affairs Officer between 2007 and 2011. She also coordinated Set 2007 as well as Set 2011 Student Nurses in SONAD.

Mrs. Adeleye C.O has written five (5) Academic Research Projects, four (4) articles for publication and two (2) PhD proposals. She has attended over eight (8) Seminars and Workshops organized by NMCN and Seminar organized by Ekiti State Ministry of Health, as well as NANDA I Workshops etc. She belongs to different Nursing and Non-Nursing organizations including; National Association of Nigerian Nurses and Midwifes, National Association of Nigerian Nurse Educators, Fellow West African College of Nursing, Ekiti State Nurses Welfare Society etc. Ekiti Queen is very accommodating, patient, hard-working and has good attitudes. She is on the quite side, though outspoken, not outgoing, approachable, humble and pleasant to be with. She makes friend with her students and she is the students good mentor. Her hobbies are reading, singing and listening to Christian music. She is also a Motivational Speaker and Marriage Counselor. 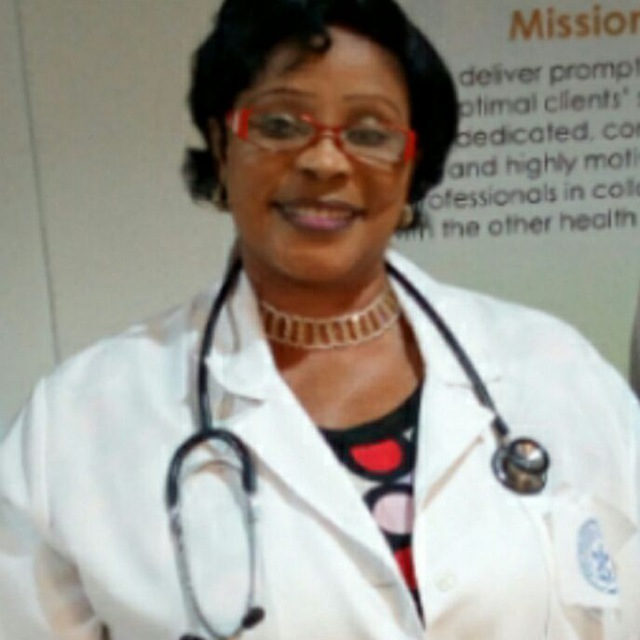 Copyright © 2018 | Fellow Nurses Africa | All Rights Reserved
previousNurses Are Permitted Legally To Have Nursing and Maternity Homes
nextOpinion: Stay Away From Nursing!