Nurse On Duty: Do You Have Ulcer? 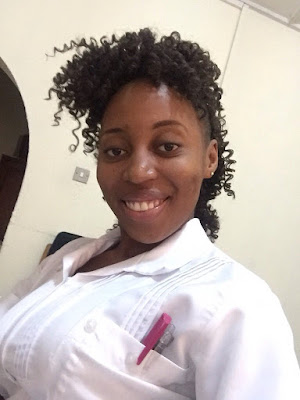 Me: Do you have Peptic ulcer?
Patient: Worker ni mi ni church sugbon mi o kin se Usher ( I am a church worker but not an usher)
Me: I meant do you have stomach ulcer?
Patient: No o,ulcer ke? Olorun ma je kin ro gun ulcer! Where do I even want to see ulcer? Emi ti mo je gbogbo ile tan ( I can eat a building).I don’t play with food o.In fact,I don’t fast.
This is what I hear every time I ask people if they have ulcer. They start to tell you about their foodie attitude at home and away, how they strive to get food first before they see a bride at a wedding  and how they eat more than Muslims pray a day. Asking If a person has ulcer seem to be the best way to know the jeunkoku dot com people.
It’s easier for a needle to go through the eye of a camel than to convince people that irregular intake of food is not the main cause of ulcer,it’s only a predisposing factor if it becomes prolonged.
Peptic Ulcer is the break in the lining of the stomach. They are sores that form in the stomach and the upper part of the intestine (duodenum).
Under normal conditions, a physiologic balance exists between gastric acid secretion and gastroduodenal mucosal defense. Mucosal injury and, thus, peptic ulcer occur when the balance between the aggressive factors and the defensive mechanisms is disrupted. Aggressive factors, such as nonsteroidal anti-inflammatory drugs (NSAIDs), H pylori infection, alcohol, bile salts, acid, and pepsin, can alter the mucosal defense by allowing back diffusion of hydrogen ions and subsequent epithelial cell injury.
Helicobacter pylori infection and nonsteroidal anti-inflammatory drug (NSAID) use account for most cases of PUD.  Helicobacter Pylori is the bacterium that cause peptic ulcer ,it causes infection and inflammation.When H pylori colonizes the gastric mucosa, inflammation usually results.
NSAID use is a common cause of Peptic ulcer. These drugs disrupt the mucosal permeability barrier, rendering the mucosa vulnerable to injury,especially the frequent use of Ibuprofen and Aspirin. Some people are so used to these two drugs that they carry about and place it lateral to their condom. They use when they have every kind of pain, whether mild or not. Some people would even offer it to T-pain if they see him in a live performance! When you use Aspirin frequently,it relieves your pain and block the production of mucous that should protect your stomach lining,hence, increasing  the acidity of the stomach.
I don dey talk too much?
Drinking too much alcohol can predispose you to having Peptic Ulcer because it increases the acidity of the stomach.  Smoking is another factor (You know smoking is  a risk factor to many diseases) and also stress.
The symptom of ulcer is a burning sharp pain in the stomach ,sometimes extends to the chest.This is because more acids are produced in the stomach and they are pouring on the sores already. The pain can be relieved if you eat ( for duodenal ulcer) and it may get worsened if you eat (for gastric ulcer).
Other symptoms include nausea, vomiting, loss of weight, dark stools, indigestion, chest pain, vomiting.
The prevention involves limiting the use of Ibuprofen and Aspirin,seeking for medical attention to cure infections in the stomach ,hand hygiene to avoid bacteria, stop mixing alcohol and medications and limit the intake of alcohol.
If you have ulcer already,avoid Yoruba pepper . Research has shown that yoruba pepper are more peppery than bearing a grudge (Laughs). Well,pepper acts on pain receptors and not on taste buds. This is why when you put it on your skin or eyes ,you feel the peppery thing. This is why we cannot really establish the effect of pepper on ulcer.
Most Peptic ulcers heal if you take your medications . The elimination of non-friendly organisms from the digestive tract can reduce your likelihood of developing ulcer.
Don’t assume you have Peptic ulcer already and start taking medications ,seek medical advice.
Until next edition, Stay healthy!
I’m your Nurse on duty, Kikelomo Sowore, RN. 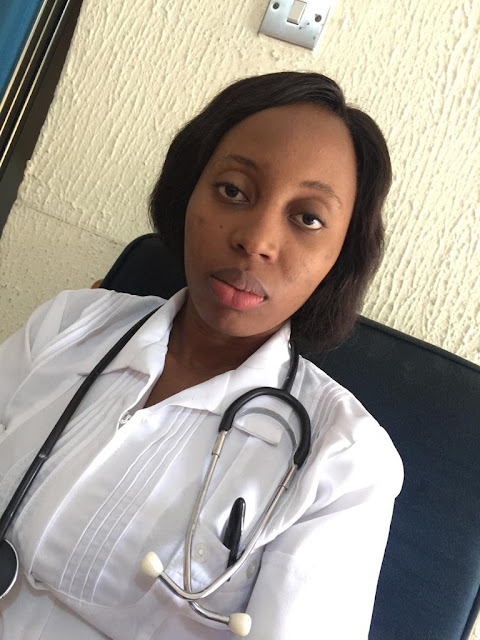