COMMUNIQUÉ  ISSUED AT THE END OF THE MEETING OF NUNSA NATIONAL EXECUTIVES WITH THE NMCN REGISTRAR HELD ON WEDNESDAY, MARCH 14, 2018 AT THE HEAD OFFICE, NURSING AND MIDWIFERY COUNCIL NIGERIA, CADASTRAL ZONE, GWARINPA, ABUJA.
The executives, congratulated the registrar (Alh. Faruk Abubakar) and also appreciated him for the achievements made so far within the short period of assumption of office. The meeting commenced at 9:10am and ended at 10:00am, the following issues were  discussed: 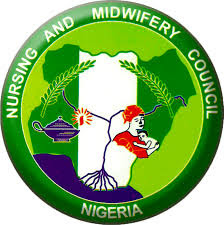 1. INTERNSHIP
The registrar said there was no budgetary provision for Nurse interns for the year 2017 and NMCN has ensured that all the federal hospitals includes it in their submissions to the Federal Government for 2018. He also made known that most or all the hospitals that had already started the program were using their Internally Generated Revenue (IGR) to run their internship programmes. The Nursing Internship had also not been gazetted yet, and Nursing students are advised to keep calm and allow the internship gain it’s deserved stability first, then the needed corrections could be made thereafter.
Internship he stated is a gradual process.
As from 2018, no graduate Nurse would be eligible for NYSC without having succesfully passed through internship program. He informed that a temporary licence for interns would be issued to the departments of Nursing alongside a logbook which can be gotten for N1500
2. HARMONISATION OF THE ACADEMIC AND CLINICIAN STAFF
The registrar said that though it might take a while to achieve this, efforts are being made to ensure we have Nurse preceptors who are specialists in their field and would readily put Nursing students through all they need to know during their clinical posting in such unit.
3. CONSULTANCY/RESIDENCY IN NURSING
The registrar said The West African Council of Nurses, (WACN) already pushed for that and are awaiting its approval by the honorable Minister of Health.
4. THE MENACE OF QUACKERY
There are plans on ground to institute an “operation show your licence” where a taskforce will be constituted to carry out the assignment in conjuction with state councils and law enforcement agents to ensure the apprehension of nurses and midwifes practising without operational licences. He also said his office gives immediate response to any information about quackery and that state Directors of Nursing have already been empowered to checkmate this problem.
He also stated that NMCN is making moves against any form of quackery including unacredited institutions and other bodies training quacks and that there are plans to review the penalty to organizations/individuals training people for such act. He also informed that two universities has recently been accredited (Osun state university and Usman DanFodio university)
5. NURSES MOVING FROM ONE HOSPITAL TO ANOTHER
We suggested that NMCN should set a standard and uniform examination for promotion from one cadre to another in the profesion across the country. The registrar said it is not within the scope of NMCN but an administrative or an establishment issue of the local hospital i.e vacancies might not be open to every cadre but most commonly the entry point only which the said individual has the choice to take or leave.
6. CHALLENGES OF THE REGISTRAR SO FAR
“The challenges are enormous”, he said. One of which includes;  GOVERNMENT : issues related to budgetary provisions.
7. FINALLY, a unified scheme of service for Nurses for the very first time has been designed to harmonize both SON and university graduates. He also encouraged and gave us words of advice, that we should be of good behaviour and be obedient, abide by rules and regulation and prove that Nurse interns are needed by showing our skills especially in practice. Also, we should enlighten our members on efforts of NMCN to take Nursing to the next level.
In attendance was four executives which included:
The President: Ibrahim Sagir – Ado,
Vice President: Fahad Umar Basa,
Secretary General: Kamaku Damilola,
Academic director 1: Omosekeji Blessing
And two concerned Nunsites: Oyelekan Henry and Rufai Gbenga.
Signed;
Ibrahim Sagir – Ado
PRESIDENT (NUNSA NATIONAL)
Kamaku Damilola
SECRETARY GENERAL (NUNSA NATIONAL)
Copyright © 2018 | Fellow Nurses Africa | All Rights Reserved
previous“Nigerian Doctors Are Irresponsible And Selfish”; El-Rufai
nextA Shot Of Nursing Self -Esteem