Opinion: Stay Away From Nursing!

OPINION: My friends said to me ‘don’t come back, it’s not like it used to be’.

I had left my A&E department back in small town New Zealand about 10 years ago to work in bigger hospitals abroad, and I had fond memories of my years working in my hometown.

Sure it was busy and tough and sometimes quite physically rough, but we were happy, and we did get a break now and then to catch our breath, and we all got on and had some good laughs. 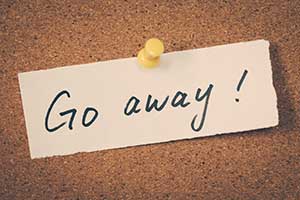 But now it’s hell. The beds in the emergency room are full all the time, as are the beds in the wards. This creates a backlog of patients, when grandparents can spend the night in A&E on a gurney in the corridor, struggling to keep warm.

Each time I speak to my old colleagues they seem to have hit a new low, a new breaking point they never knew existed. There is often little joy in the job, and it’s not because they don’t care, it’s often because they can’t give the care they could give if only they had the chance.

It’s also because patients and families are becoming more demanding, and if you dare tell them otherwise, your career could be in trouble.

A classic example I dealt with was a 20-year-old man with a minor ankle sprain who called for an ambulance – he lives one block from the hospital. When I cautiously suggested perhaps an ambulance was unnecessary, he got angry and told me ‘I know my rights’ followed by ‘I pay taxes.’ I had to see the hospital public relationships team after the patient complained.

On top of that, is the ridiculous amount of paperwork, because if it isn’t written down, it didn’t happen.

I remember spending 20 minutes at the end of the day working on the notes, but now you sometimes spend 20 minutes out of every hour on the computer, which isn’t good for the patients.

We live in an age where nurses are working on the edge, on the absolute limit of sanity, all the time. But if you get one thing wrong, or simply don’t get to do all that needs to be done because it’s physically not possible, your career can be over, and you could end up in court.

If anyone I know were to ask about becoming a nurse, sadly I’d say ‘stay away.’

There’s a lot more money to be earned as a builder, plumber, electrician, mechanic or painter. But it’s not just about the money, it’s about the physical and mental strain you put on your body, that you take home.

I am still nursing overseas. I run a clinic in a private setting. I also do some temping work in London hospitals, and it’s hell.

The NHS is past breaking point, and this winter has been absolute misery for patients and staff.

Just the other night I saw a 16-year-old who had fallen off his bike the previous day and bumped his head. It was me who, after a thorough neurological assessment, decided he had no serious injury and did not need a doctor, or CT, and was fine to go to sleep.

I did a far more in-depth assessment than was needed, but when you go to bed for the night, you do have the occasional thought pass through your mind, asking ‘what if I’m wrong?’.

You may say ‘it’s just part of the job’ but nursing did not used to be like this.

These days an experienced nurse is often working more like a doctor than a traditional nurse, but we don’t get the same sort of pay, and it’s interesting when a doctor stuffs up, they get some extra education, while a nurse is more likely to get struck off.