A registered nurse in Victoria has been barred from practice after admitting he sexually assaulted a 73-year-old patient, according to the College of Registered Nurses of B.C. (CRNBC).

According to a complaint resolution with the college, which regulates “40,000 registered nurse and nurse practitioners to protect the public,” Gary Dromarsky sexually assaulted a client last September.

While he was at a client’s home to provide foot care services, Dromarsky put his hands under the client’s underwear and massaged her buttocks. Dromarsky admitted to having touched the area between her anus and her vagina.

He acknowledged the massage was “out of scope.”

But even though Dromarsky is no longer permitted to practise nursing in B.C., he can apply for reinstatement in five years, according to the CRNBC.

The incident was reported to the college and police.

Dromarsky has not been charged criminally.

Victoria police could not comment as it could violate an individual’s privacy rights and “negatively” impact any investigation that may or may not be in place.

“In the event an arrest is made and charges sworn, or warrant issued, we would release more information,” read an email from police.

Dromarsky signed a document that required him to cease all private nursing care while the incident was investigated, but the CRNBC found he breached the terms and provided foot care to two other clients in their homes.

“Anyone considering hiring Mr. Dromarsky for private foot care services should exercise great caution,” read a release from the college.

Back in 2009, Dromarsky admitted to having massaged patients on two occasions while treating them for other purposes.

“At the time he explained that he had intended to assist his clients, and had missed cues indicating that the massages were unwanted,” read the complaint resolution. 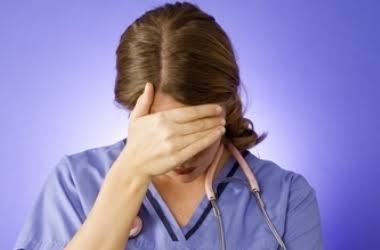 Like Loading...
previousOpinion: Stay Away From Nursing!
nextNurses takes on doctors over management positions in public hospitals