It is no longer news that the federal ministry of health under the leadership of Professor Isaac Adewole and the Nigerian Medical Association ( NMA ) had in its recent circular ordered the striking health workers under  the auspice of JOHESU to either resume work within  48 hours or remain dismissed. The circular directed further that immediate advertisements should be placed to recruit new set of professionals to replace these striking health workers.
However, the leadership of JOHESU had made it known to her members that the battle line had just been drawn as no form of intimidation. harassment or threats will make them suspend the strike unless every bit of  their demand is met even if it worth going to jail for demanding justice from these oppressors.
Members were encouraged to remain unshakeable, calm and reolute as this present course is a “Fight to finish” nobody can sack all of them at a time so long they are on a just course.
Recall that barely a week to this strike, the FMOH ordered the Chief medical Directors of government hospitals across the country to enforce NO WORK NO PAY on the striking health workers and to cushion the effect of the strike by employing locum staffs, in response to this JOHESU warned her members to disregard the ideas of being used as locum by the government in other to sabotage the efforts of the union. Courses were also placed on any member that would release herself to be used as saboteur during this struggle.
In the heat of all these, a professional nurse in one of the nursing whatssApp groups had declared that she presently works at the Federal hospital Asaba as a locum nurse and as such, the leadership of JOHESU should go and hug a transformer. According to her, she had finished from the university since 2011 and had not being able to secure a government Job ever since then and this is an opportunity she must never miss. Some concerned members of that particular group was said to have countered her opinion that JOHESU was never responsible for her inability to get a job but the government.
Are these the lots we have among us Nurses? What does the future hold for the upcoming generation of nurses if we have decided to become saboteurs when our leaders who have lesser number  years to spend in the profession are sacrificing their lives to fight for our right?
Have we decided to continue to be irrelevant in the healthcare industry when in the actually sense we are the most relevant?
These and many more questions I keep asking myself ever since I got this news.
Check them out in the screenshots below.
Fellow  Nurses what’s your take on this? How best should NANNM handle this?
Please kindly drop your  suggestions in the comment box below.
OLUWATOSIN K. Odunayo. 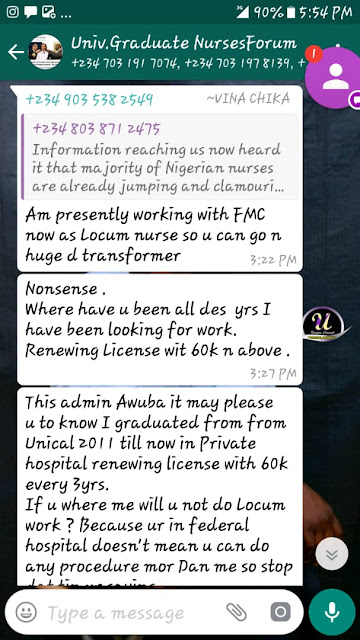 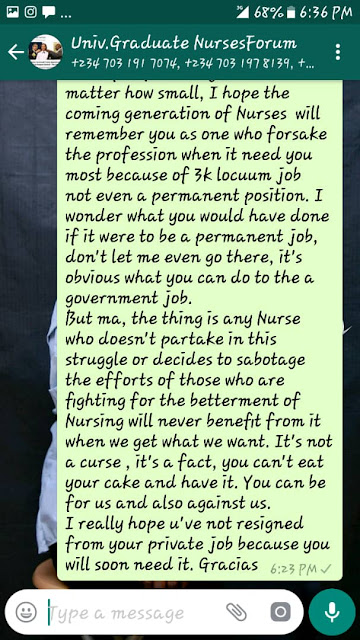 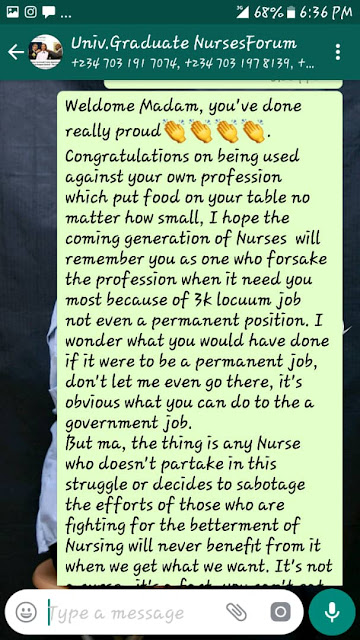 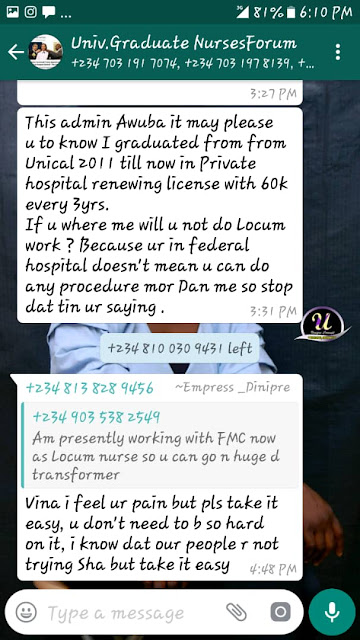 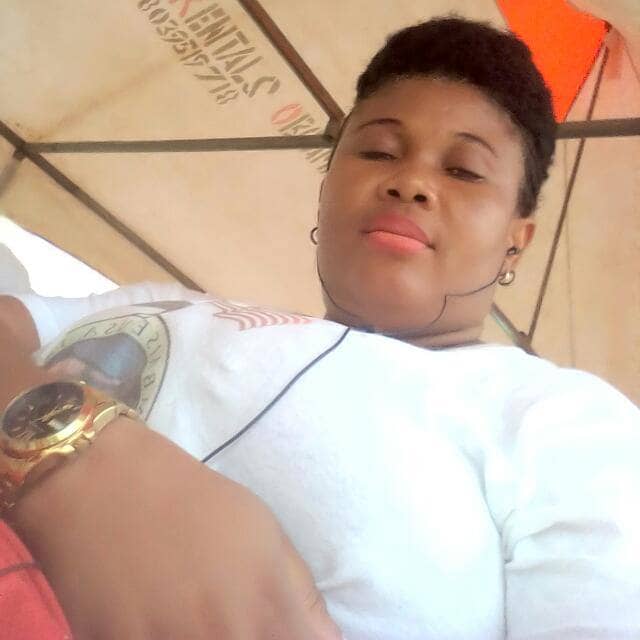