Virginity: What Most Females Don’t Know 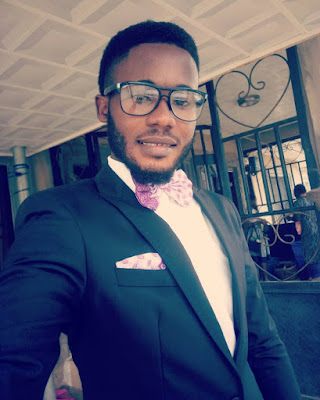 Bleeding doesn’t determine if a girl is a virgin or not, so I decided to release this article to help educate our young men and women on this issue of girls bleeding during first sex…
THE MYTH ABOUT FEMALE VIRGINITY -why most women won’t bleed the first time they have sex.
There’s a very common myth in South and Central Asia (Pakistan, India, Bangladesh, Afghanistan etc.) and Africa (Nigeria and many other nations ) that you can tell if a woman is a virgin, by whether or not she bleeds the first time she has sex.
There is zero truth in this. Not all women bleed the first time they have sex, as I’ll explain in this post. To understand why some women bleed and some don’t, it’s very important to understand what the hymen is. The hymen is a membrane that tends to cover part of the vaginal opening (it does not always block or cover the entire vagina, as some people mistakenly think). NOT ALL WOMEN HAVE A HYMEN. The hymen also differs from woman to woman – like all women have different heights and weights and features, all women also have different amounts and types of hymen. Some women have thick hymens, some have very thin hymens, and some women have NO hymens at all. Some women have larger hymens, some women naturally have a very little amount of hymen that covers only a small portion of their vaginal opening (and hence does not really get in the way, during first-time sex). In addition to this, the hymen wears away on its own as you grow up. For most women, the hymen wears away on its own with exercise, bicycling, horseback riding -it can wear off with pretty much any other physical activity, even dancing! – or from using tampons when menstruating.
Especially if the hymen is very small or thin, most of it tends to wear away on its own as a girl grows up. If a woman is born WITHOUT a hymen, she won’t bleed the first time she has sex. If a woman has a small or thin hymen, she might not bleed the first time she has sex. If a woman’s hymen has worn away on its own (which is very common as girls grow up), she won’t bleed the first time she has sex.
The result is that the overwhelming majority -at least 63% of women – will NOT bleed the first time they have sex, according to a study published by the British Medical Journal.
Women who do bleed include: Women with thick hymens (who constitute a small percentage of the population) – Younger girls. Because the hymen wears away on its own with time, a 16-year old has a higher chance of bleeding than a 25-year old. By the time a girl is of or above the legal age of consent – 18, 20, 24 years of age, for example – most of her hymen is likely to have worn away on its own, meaning it’s unlikely that she’ll bleed a lot, if at all. However, even a young girl can be physically active, have a thin or small hymen, or have no hymen at all, meaning she might not bleed during first-time sex.
Most often, women who bleed tend to be women who are dealt with roughly during sex. If the guy forces himself inside the girl, when she isn’t ready, relaxed or aroused enough, he is likely to cause injury or bleeding.
Because most people think it’s normal for women to bleed the first time they have sex, they don’t realize that this bleeding is a result of the woman having been hurt, and not of the hymen breaking Painful first-time sex is generally because the woman is not relaxed or aroused enough, and gets hurt as a result; it is rarely ever because of the hymen breaking. The bottom line is that there is no way to assess female virginity.
Bleeding does not have anything to do with virginity – it has to do with the kind of hymen a girl has, and hymens differ from girl to girl from birth. The result is that only a small percentage of women bleed the first time! (Only 37% bleed during first-time sex, according to the study published in the British Medical Journal.) Why is this so important to be aware of? Women all over the world get abused, injured and even killed due to the myth of ‘virgin bleeding.. Because most people (men AND women) think that bleeding is a sign of virginity, women who don’t bleed the first time have been divorced, suffered from suspicion leading to domestic violence and abuse, and even killed for honour.
Educating people that a girl does not necessarily have to bleed the first time she has sex – because not all girls have thick hymens, and some are born with no hymen at all – is important because it can literally save lives.
P.S: I understand that not everyone is able to share material like this, even if they want to. However, the only way we can educate people regarding this issue is if it goes into the news feeds of as many people as possible, if as many people as possible read it. So please consider sharing this FNA magazine. ,to educate people and to have impact on lives.
Written By: Charles Wealth
Copyright © 2018 | Fellow Nurses Africa | All Rights Reserved