The United Kingdom is set to exclude medical staff from the government’s visa cap, according to Saffron Cordery, Deputy Chief Executive of NHS Providers. Visa Cordery told BBC Radio, yesterday, that the rules were  making it difficult to recruit enough staff.

Theresa May, UK Prime Minister, introduced the visa limit for all non-EU skilled workers at 20,700 people a year. Cordery said: “This is going to be a huge relief for trusts up and down the country who have been really struggling to fill their doctors and nurses vacancies. “Lifting the visa cap for foreign doctors and nurses is absolutely the right decision and a huge relief.”

The proposed changes will affect the Tier 2 visas, which are used by skilled workers from outside the European Economic Area and Switzerland. In April, NHS bosses said the immigration rules were hindering their ability to find workers after 100 Indian doctors were rejected. In February, NHS England said it had vacancies for 35,000 nurse vacancies and nearly 10,000 doctors. Although the proposed change will only apply to doctors and nurses, it would free up visas for workers from other industries. As at December 2017, it was reported that 5,060 Nigerian doctors were registered in the UK; a figure that rose to 5,250 as at April 2018. 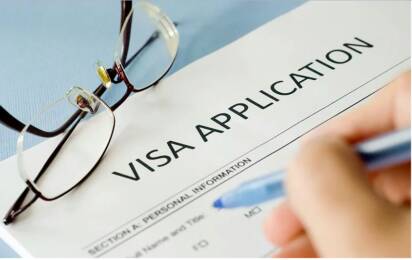