Putting nurses in charge of colorectal cancer surveillance instead of doctors has shown to reduce the number of unnecessary colonoscopies and the number of cases progressing to cancer.

The South Australian audit of 732 colonoscopies over three months in 2015 found that 97 per cent of procedures adhered to Australian guidelines in the nurse-led model while compliance was just 83 per cent physician-led surveillance model. 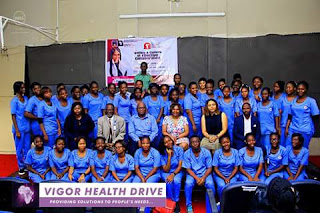 Colorectal cancer (CRC) is one of the world’s most prevalent cancers. Early diagnosis has a major impact on survival and can be achieved by screening with faecal occult blood tests (FOBT) or colonoscopy.

Performing colonoscopies too frequently increases costs and the risk of complications, but delays can increase the risk of CRC.

“A family history of CRC or a personal history of adenoma can increase a person’s risk of CRC as much as fourfold, and such individuals are advised to undergo regular surveillance colonoscopy,” Dr. Symonds and colleagues based at the based at the Flinders Centre for Innovation in Cancer wrote.

“Screening and surveillance guidelines aim to optimise the effectiveness of CRC prevention, with surveillance intervals generally ranging between one and five years.”

“Compliance with those recommendations is poor, however, with as many as 89 per cent of patients receiving inappropriate surveillance, usually a colonoscopy before the recommended date.”

Based in the South Australian capital of Adelaide, the Southern Co-operative Program for the Prevention of Colorectal Cancer (SCOOP) was established in 1999 to improve surveillance rates to match the Australian National Health and Medical Research Council (NHMRC) guidelines on CRC prevention.

SCOOP was expanded to use two models: one nurse-led in public academic hospitals, where nurses make recommendations based on NHMRC guidelines, which are then confirmed by a physician; and the other, physician-led in private non-academic hospitals where the specialist physician manages the entire process.

Following the introduction of the nurse-led model in 2000, adherence to guidelines increased from 46 per cent to 96 per cent within two years and has since been maintained, demonstrating the long-term sustainability of the model.

“Having a process in place that allows for long-term compliance with surveillance guidelines will promote optimal health care, as procedures performed too frequently can increase risks to patients, are expensive, and lengthen waiting lists,” Dr. Symonds and colleagues wrote.

“Continuous monitoring of and education about colonoscopy surveillance intervals for patients at elevated risk of CRC promotes adherence to recall guidelines and efficient use of limited endoscopy resources.”

Dr. Symonds and her colleagues concluded that the nurse-led model for decisions about colorectal cancersurveillance intervals achieves a high degree of compliance with guideline recommendations, which should relieve burdening of colonoscopy resources.