Worried by the high rate of failure by foreign trained medical students in the assessment examination conducted by the Medical and Dental Council of Nigeria (MDCN), the federal government has directed the council to investigate the phenomenon.

It asked the MDCN to investigate some of the foreign medical institutions attended by Nigerians to ascertain their suitability. 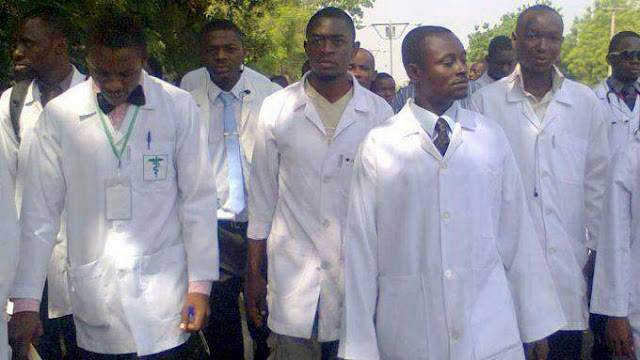 This was disclosed on Monday when the council inducted 183 medical students in Abuja.

In April last year, 501 medical students, trained abroad, sat for the MDCN examination conducted at the University of Ilorin Teaching Hospital in Kwara State. Only 132 of them passed the examination.

Many of the students complained of being deliberately failed by their supervisors, a claim denied by the organisers.

The council noted that the high rate of failure necessitated an unprecedented conduct of resit examination in February for 309 students. Even at that, only 51 scaled through.

Speaking at the induction ceremony on Monday, Minister of State for Health, Osagie Enahire, said despite a short fall in the number of doctors in Nigeria, doctors need to meet the minimum level of knowledge and ability.

He said that the council is investigating some of the new foreign schools to determine their fitness to offer acceptable medical degrees.

“Rising from the recent failures recorded at MDCN examinations conducted for foreign trained medical doctors, stressing the fact that a few number of new institutions have sprung up abroad with poorly defined content outside the established traditional clinical settings.

“Therefore there is absolutely no objection or disrespect for medical doctors trained in established, accredited foreign medical schools. The MDCN reports that beyond education in well known foreign medical institutions, a small number of new institutions are known to have sprung up in certain foreign countries in the last few decades, which offer medical studies of unusually short duration, of poorly defined content and outside of established traditional clinical settings.

“It is this category of schools that have given the MDCN reason for concern and caused the other highly respectable foreign schools the embarrassment of being lumped together and viewed in a bad light,” he said.

In his remarks, the Registrar of MDCN, Tajudeen Sanusi, said the council was working towards addressing the concerns.

He said, the council had already planned a three-day stakeholders meeting to find a way out of such issues.

He said the meeting will serve as a platform for stakeholders to brainstorm on the issues surrounding the development, proffer solutions and make appropriate recommendations to the MDCN.

Mr Sanusi also disclosed that the council had appealed to the federal medical and dental training institutions to accept within the limit of their resources, any candidates willing to undergo remedial training at their facilities.

He assured the public of the council’s commitment to the well-being of Nigerians and other people living in Nigeria, as it would continue to make quality control their watch word in healthcare delivery in the country.