RE: Lekki Hospital Queries Nurse And Doctor For Fighting.

It is quiet disparaging, appalling and unimaginably absurd to wake up this morning to the Nigerian Punch’s publication about the case of the assaulted nurse at a private hospital in Ibeju-Lekki.  This got me puzzled and I can’t but write to make some cogent clarifications.

Foremost, the healthcare services is a team work with the PATIENT at the centre and each player contributes its quota to ensure the patient who is the KING gets better. In a situation where a patient who is the KING was rushed to the hospital to be attended to could not access the care at that particular time not even a first aid  because of EGO of a team player, then the hospital has failed. 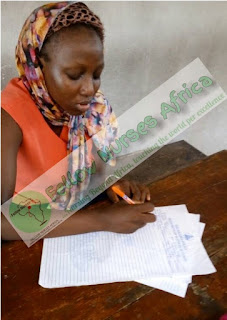 In the case of Nrs. Adeyera and Dr. Okolo, the nurse was called to see an emergency patient in severe pains, she made her simple assessment, brought the patient in and called the doctor to see. Instead of the doctor to further assess the patient to see if that particular hospital has the facility on ground to best manage the patient and act accordingly, he resulted to beating the nurse to have allowed the patient into the hospital without first notifying him, where is professionalism here for sanity’s sake?

Where is the place of the Hippocratic oath taken during induction into the medical practice?

For the Nigerian Punch to have published the incident exact way  it happened yesterday, 22nd of June and  to have gone ahead to publish a contradictory story today is not only barbaric but one that reek of professionalism thrown into the gutters. One would ask where exactly is the ethics of true journalism?

If truly Adeyera And Okolo were lovers as claimed by Dr. Olafisoye, the Medical Director of the hospital , what measure did Nigerian Punch put in place to ascertain this fact before publication?

Adeyera categorically confirmed to Fellow Nurses Africa correspondents that she reported the incident to the MD of the hospital immediately it happened, but the MD refused to act until the unfortunate event blew out of his control wider than he thought. It would be safe for us to ask him the measure he put in place to address the issue? Where was his investigative skill before the incident gone viral?

What measure did he put in place to notify both parties of the said “Query letter” before going ahead to say they failed to report to get the query letter?

If truly Adeyera and Okolo were lovers is that a license for him to beat her into stupor right in the hospital without attending to the patient who should be his greatest priority?

As long as Fellow Nurses Africa will not be in support of either of the party,we would love to make it clear that nurses and doctors are inseparable elements in the hospital and spend most of the working hours together, do we say it is a crime if either of them develops a feeling towards another?

I’ve seen happily married Nurses and Doctors who happen to meet at no other place but the hospital and still working together at the hospital, do we now say they should bring family matters to the hospital to disrupt the care of the patient?

Either the duo were dating or not,relationship between any party is a mutual agreement and this should not be a license for domestic violence and assault or battery.

It is obvious that the medical director of that hospital is trying to protect the image of his hospital, he should be wise enough in doing that not to further bastardize it by giving excuses to justify gender violence and assault that happened right inside his hospital.

If he had acted accordingly when these aforementioned absurdity occurred, this recent one would not have surfaced. He should know better that he that comes to equity must do so with clean hands.

A case of assault and gender violence against professional nurses or even fellow human being is a gross violation of one’s dignity which is against every known standard in the world.

Nigerian punch should take note of this and be neutral and learn not to jump into every bit of information that look like beer parlour gist without proper investigation.

OLuwatosin K. Odunayo, for  FNA.
Edited by Ogunleye A. Oladoyin.

Copy right FNA
This material, and other digital content on this website, may not be reproduced, published, broadcast, rewritten or redistributed in whole or in part without prior express written permission from FELLOW NURSES AFRICA