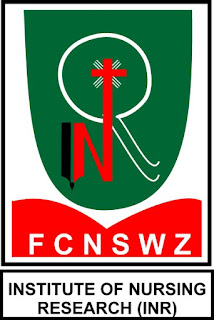 Research has been known to be one of the bedrocks of sustainable growth and development in any society and profession. This, with all intent and purpose has been the pursuit of Institute of Nursing Research in Nigeria. So, what looked like one of the biggest glows in the dark dropped into the Nursing world recently when the profession’s foremost Institute of Research organised its 4th online class to simplify the existentiality of literature review for members of the profession.


In her words, Nnokwe Chioma, a nursing officer from Federal Medical Center, Owerri said – “the whole 2-week experience was a splendid one, I really learnt as the class met my expectations.”

Olowookere Jane, a nursing officer from Federal Medical Center, Owo who learnt about the class on the national telegram page of National Association of Nigeria Nurses and Midwives said that she wasn’t expecting much initially as the class was the first online course she would took part in. She said that the techniques in writing literature reviews and search for literature reviews online were her most difficult aspect of literature review. She however said that she had learnt a lot from the class and she’s more confident in taking on research studies.

When interviewed, Nurse Doreen Mbara, a public health nurse and a principal nursing officer with Imo State Local Government Service Commission said she knew about the class through the coordinator of Imo State research team.  She said the passion she has always had for research made her took part in the class, describing her 2-week experience as educating and enlightening, she advised the organizers to look into time factor for subsequent editions.

Going further, Nurse Mohammed Labaran from Federal Medical Center, Katsina said the class had sharpened his skills in research. He was however hopeful that the institute would organise another class soon.

A medical doctor from The Caribbean Island of St. Vincent and The Grenadines by the name Elizabeth Dairo described the class as amazing said the class met her expectations.

Odedina Tumininu, a student at Sacred Heart School of Nursing, Lantoro, Abeokuta who is addicted to learning new things said he learnt about the class on a whatsapp platform said the class was 100% worth it.

Also, Olaleye Elizabeth from Oyo State College of Nursing and Midwifery had this to say:
“when I was writing the literature review for my project, I saw beyond heaven, I was so frustrated. When I saw the class memo, I was eager to know what was frustrating me then.” Describing the class experience as awesome, said that if not for time constraint, she would have loved to rewrite the literature review of her project.

One of the board members for Fellow Nurses Africa, Adenike Oladimeji said that she never liked research methodology as a course in school but the literature review class made it so simple and interesting that she felt like the 2-week course had prepared her very well to conduct a research.

Richard Success, a student from Sheperd University, Benin Republic who got to know about the class on Facebook said she had problems getting correct information due to the bias of some researchers. She said she had learnt how to write a research properly.

One of the resource fellow at the institute, Owoeye Isaiah, a nurse educator at school of psychiatric nursing, Aro, Abeokuta said his penchant for nursing research was a driving force that made him join the team of intellectuals in the institute. A facilitator during the class, he facilitated the theme : “WRITING A GOOD LITERATURE REVIEW: TECHNIQUES, SKILLS AND PITFALLS” said his expectations was that at the end of the class, participants would be able to engage in activities involved in literature review without stress. He was undoubtful that his expectations would be met.

Among many others that were interviewed, the class was described in highfalutin languages by the participants as encomiums were showered on the organizers. At the end of the 2-week course, certificates were issued to participants at the end of the class with compilations of the lectures in PDF format. Members of the public interested in learning more about literature review can get the PDF from the institute at a subsidised price.