You remember the 35-year-old doctor, Emmanuel Okolo, who allegedly slapped a nurse working in a private hospital in Lagos?

He was yesterday arraigned at an Epe Magistrates’ Court in Lagos State.

Police prosecutor Moses Oyekanmi told the court at the hearing of the case on July 19th 2018 that the accused committed the offence on Wednesday 18th of June 2018 at about 2 am, at Awoyaya Hospital in Ibeju-Lekki. before he was subsequently charged for trial. 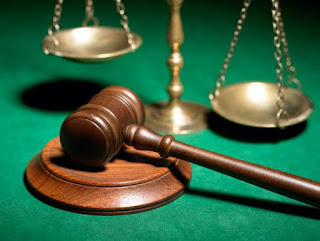 The police charged Okolo, who lives in lagos with a one-count charge of assault.

“My Lord, the accused caused bodily injury to the complainant. He Assaulted her just because she worked for him. He should be punished for it,” he said.

The offence contravenes Section 172 of the Criminal Law of Lagos State, 2015. (Revised)

At the court trial yesterday 15th of August, Adeyera was said to have been indisposed and could not be present, she was however represented by her mother, the lawyer and Nursing leaders who have come to show solidarity support and to see how the case will end.

Before now, information reaching Fellow Nurses Africa from an undisclosed source has it that though Okolo’s family has been persistently begging Adeyera that they should forgive, forget and settle the matter out of court amicably, Dr Okolo Emmanuel did not show any sign of remorse and has constantly Threaten the Nurse calling her all sort of unprintable names.

What’s your take on this, do you think Adeyera should forgive and let go or she should insist on getting legal Justice at all cost?

We would be glad you drop your comments in the comments box below.