The Trouble With Maternal Healthcare In Nigeria

BY HAPPINESS NLEWEOHA AND NJIDEKA AGBO

Maria has been in a popular hospital for three weeks since the delivery of her twins. She says her husband ran away after he found out she was pregnant. Despite the cheap cost of the medical bills, Maria cannot afford to cover her bills. Since then, doctors, whose profession is characterised by owed salaries, have been attending to her needs and that of her child out of goodwill. 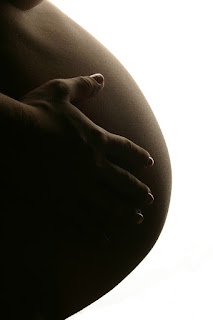 Having lost two children to avoidable ailments at birth, Maria escaped from her rural community to Lagos to seek a better delivery opportunity for her child. At 32, Maria cannot afford to feed three times a day let alone, her baby. With her family’s income below N1,000 a day, their feeding and paying rent is arduous. Paying a medical bill they consider outrageous is a lot more difficult. This leaves Maria at the mercy of the hospital, waiting to be sent off when the hospital management tires.

Maria’s grimy case is not peculiar.

With over 87 million Nigerians living in poverty according to a Brooking Institution projection, Maria is an archetype of many pregnant women in this category.

The dilemma of black women in childbirth

According to a 2018 report by National Partnership For Women And Children, black women have died from maternal health implications more than any other race. Black women are also three times more likely to die from a pregnancy-related issue than a white woman.

Major contributors to this worrisome situation include psychological stress and pre-eclampsia. Popular stars, Serena Williams and Beyonce, are among those who have publicly testified to this claim via their near-death experience during childbirth. These women are, however, fortunate to belong to a society that provides adequate health care services for them and have the financial wherewithal to get such services.

For millions of Nigerians, the case is worse: apart from accounting for 14% of the world’s maternal mortality deaths (the highest in West and Central Africa), the United Nations Children’s Emergency Fund (UNICEF) reports, “Every single day, Nigeria loses about 2,300 children under five and 145 women of childbearing age. This makes the country the second largest contributor to the under-five and maternal mortality rate in the world.”

Earlier in March, the co-chair of the Bill and Melinda Gates Foundation, Bill Gates, named Nigeria as one of the most dangerous places in the world to give birth and also the 4th country with worst maternal mortality rate after Sierra Leone, Central African Republic and Chad.

With little or no access to health care in rural areas, most women’s delivery go unassisted.

Poverty plays a critical role in the dastardly statistics. With low income and limited chances to break even, women, especially those in rural areas can hardly access quality prenatal and postnatal care.

In 2017, the United Kingdom Oxford University Human Development Initiative, Multidimensional Poverty Index Data Bank, listed the North having over 85.36% on average of her people living in “multidimensional poverty”. Six among the 19 states in the region were labelled “worse states”. 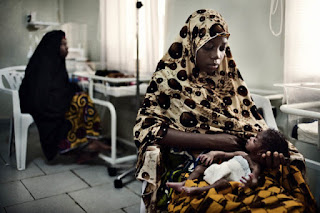 According to the World Health Organisation (WHO), only 40% of women in low-income countries visit antenatal care units.

With the growing economic hardship, women are prone to giving birth in their homes alone or with the help of a midwife or quack irrespective of the unhealthy delivery conditions.

In Nigeria, stories like Maria abound. While the hospital has been tasked with the responsibility of saving the mother and the child in compliance with the Child Rights Act, it is not uncommon to have emergency situations such as a Caesarean-section which costs more than the normal delivery. For men who live below the poverty line in Nigeria, their incomes cannot offset the cost of a C-section. As such, a family that doesn’t plan for miscellaneous expenses would be forced to face such harassment from the hospitals as they struggle to put the money together.

A school of thought argues that the woman and her child’s health is important yet the Nigerian condition continues to fight against the basic means of survival.

There is a need to question if Nigeria is ready to improve its healthcare system to be able to come to par with hospitals in various developed countries. After all, some developed countries’ health policies actively cover insurance policies for people including immigrants.

The government and women

When the Obasanjo administration introduced the National Health Insurance Scheme (NHIS) in 2005, many appraised it as the solution to failing health care system in Nigeria. 19 years down the line, it had only covered 4 percent of the entire population and Minister of Health Isaac Folorunsho Adewole said the N351 billion spent on health management organisations (HMOs) did not yield any great result. With a daily mortality rate of 814 deaths, Nigeria still records over 292,000 annual deaths.

Just like the 2005 NHIS, the compliance to policies continues to be a problem. In 2018, the Nigerian government allocated 3.9% allocation to the health sector. According to RedCare HMO, this means that “only N1,888 will be spent on each citizen the whole year”.

Although the Sustainable Development Goals (SDG) hopes to reduce global maternal mortality to below 79 per 100,000 live births by the year 2020, Nigeria’s solution seems almost unattainable. At the maternal health meeting which held in Brussels, Belgium, experts stated that while global maternal mortality dropped by about 43% since 1990. In Nigeria, however, the rate is spiking. A joint report by UNICEF, WHO, United Nation Population, UNFPA and World Bank revealed that the rate of maternal death in Nigeria increased from 55,000 in 2011 to 58,000 in 2015.

While the Nigerian government can be blamed for failing in its duties to provide quality healthcare for the people, many Nigerian state governments merely pay lip service to healthcare delivery. However, states like Lagos have done a good job of having healthcare centres in strategic areas to help women. But Lagos is not adequately representative of Nigeria, a nation where about 61% of her population are based in the rural areas.

With the constant troop out of Nigerian health practitioners abroad, the population of health practitioners reduce by over 2,000 annually due to the continuous crises in their profession. This problem is beside the lack of essential reproductive health drugs in the country. This only goes on to show that the maternal mortality rate in Nigeria is a timebomb.

In the face of the worsening situation, it is, indeed saddening that the budgetary allocation on health continues to drop.If the Nigerian health system must be of international repute and meet the target year of the SDG, the government must increase the budgetary allocation to the health sector. Moreover, the government can no longer afford to neglect medical facilities. A situation where health facilities still rely on obsolete equipment and tools to attend to patients must be urgently made a thing of the past.

Certified medical personnels must take into cognisance, the uniqueness of the Nigerian communities. This way, it will be able to define and adapt methods used to sensitise the people on seeking care from approved facilities and certified personnels.

It is also important for the government to find a way of putting an end to the brain drain that has seen Nigeria’s best medical personnel travel overseas for better condition of service.

According to WHO’s recommendation in 2010, countries policies should “contain one policy recommendation that, if implemented properly, could accelerate effective health-coverage for billions of people” especially via “free health services for women and children.”