NMA Set To Unite With JOHESU, Says We can solve our problems by Ourselves.

The Nigerian Medical Association, NMA has disclosed that the association was in talk with its rival group in the health sector, the Joint Health Sector Union (JOHESU), with the aim of ensuring industrial harmony in the sector, said the President of the Association, Francis Faduyile.
” NMA is looking at how we can have harmony within the health sector. What we are doing now is to have our own dispute resolution with some of the critical members of JOHESU so that we can solve our problems ourselves. We are looking at and we are seriously working on that.

“Not minding their request and our position, it is certain that the two of us must be able to work synergistically within the sector for the benefit of the patient,” he said.
He however stated that both parties are still before the National Industrial Court (NIC), where they are undergoing the Alternative Dispute Resolution.
On the issue of medical quackery, he said NMA is not taking the menace lightly as it is working to checkmate the practice. 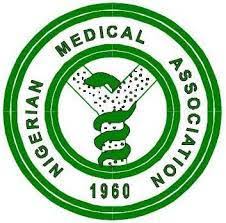 The Nigerian Medical Association (NMA) has also given the Nigerian government till the end of September to constitute the Board of the Medical and Dental Council of Nigeria (MDCN) or face its wrath.

Faduyile, who announced the ultimatum on Thursday, said the association was prepared to approach the court on the issue.
Speaking at a press briefing in Abuja, Mr Faduyile said it is saddening that three years after dissolving the last board, the government was yet to constitute a new one.
He said the action of the government has badly affected health delivery in the country, as the profession has gone unregulated.

Reading from a communique issued at the end of the National Executive Council of the association, Mr Faduyile said, “The NEC call on the Federal Government to immediately re-constitute the Council of Medical and Dental Council of Nigeria (MDCN).
“The NEC also directed the National Officers’ Committee (NOC) to approach the court of law to seek for the interpretation of the statement ‘the Council shall be a body corporate in with perpetual succession’ as clearly stated in the Medical and Dental Practitioners Act Cap M8.”
He said “NMA has decided to defend the health of Nigerians and by the 30th of September if the council is not constituted, we will take decisive steps that will make people know that we are serious about it.

“For your information, all what the Nigerian government needed is to just give only one nominee because every other member of the council are statutory member. I don’t know why it is difficult.”

Mr Faduyile noted that as part of the efforts in tackling the menace, practicing doctors in the country had been told to have their stamps on any report.
He urged members of the public to always insist on doctors stamp on their medical reports.
On the delay of the implementation of the health fund, the NMA president said the association was working with the Primary Health Care Development Agency on the policy guidelines for the implementation of the fund.